At American Choice Exteriors, we’re used to answering many questions our customers have about their homes. Especially when it comes to the exterior, including roofing. Asbestos is a concern for many first-time homebuyers, as this carcinogenic material was once incredibly popular for being inexpensive and fireproof. However, we’re here to tell you that asbestos doesn’t need to be a concern when it comes to your roofing shingles.

Asbestos became the prime roofing product in the early 1900s, with asphalt shingles in widespread use up until the 1970s, including homes in Maryland. While asbestos used in many roofing materials before the 1980s, it quickly dwindled in popularity once its negative health effects became known.

The answer to the question of whether or not the roofing shingles on your home in Maryland contain asbestos is almost certainly a resounding no. However, we’ll go over a few things to look for in case your home was built before the 1980s. We’ll also go over what to do if your shingles do have asbestos and why using a specialized contractor is the safest decision for you and your family. 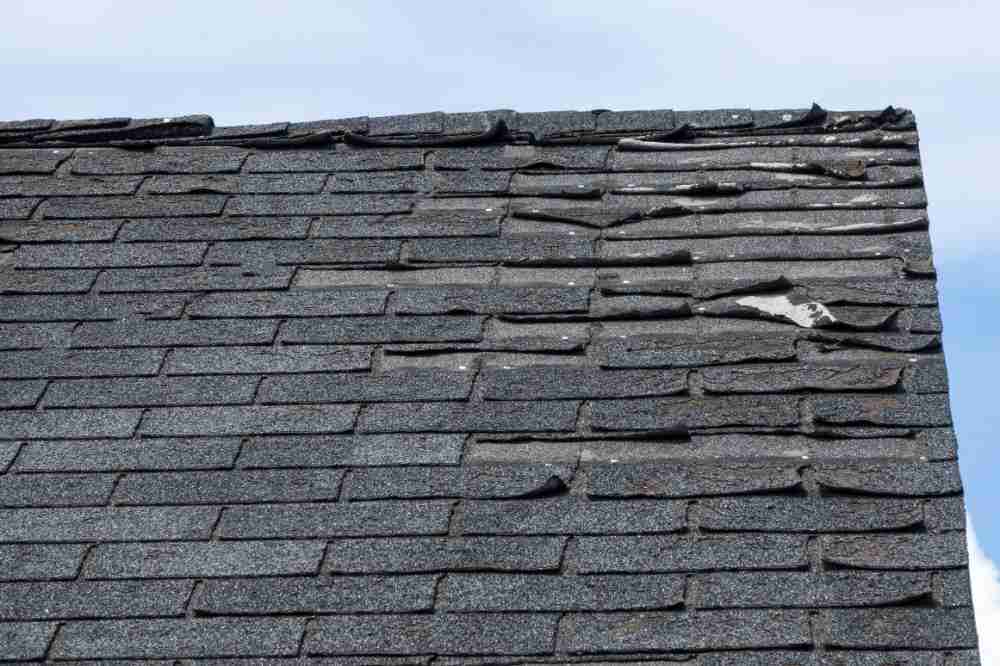 How Do I Know If My Roof Shingles Are Asbestos?

Asbestos was a popular roofing material for things like underlayment felts and roof coatings, but it was not often used in shingles. While roof shingles were rarely ever made using asbestos, there is a small chance that your roof shingles could contain asbestos if your house was built before the 1980s. Asphalt shingles were the type of shingles most likely to contain small amounts of asbestos, as well as asbestos-cement shingles.

Asbestos cannot be identified through sight alone, so the only way to be entirely sure is to have a sample of your shingles tested in a lab. This can be a costly procedure, and if you haven’t replaced your roof since the 1980s, it is probably a better idea to just shingle over them. If you do want to have the shingles tested, make sure to wear gloves and a face covering while collecting a sample in an airtight plastic bag. You’ll also need to spray water on the tile before cutting it to avoid releasing asbestos to the air.

When Did They Stop Using Asbestos Shingles?

Some manufacturers used asbestos in asphalt shingles mainly between 1963 and the mid 1970s. However, asbestos quickly fell out of popularity in the 1970s when it became widely known as a carcinogen. Federal regulations became much stricter regarding asbestos in 1972-1974, and the EPA began a 10-year study on the effects of asbestos. In 1989 the EPA imposed a partial ban on manufacturing, importing, and distributing some asbestos-containing products.

While asbestos is not banned entirely in the United States, the EPA did ban any new uses of asbestos in August of 1989. Because of this, any roofing shingles made after this date do not contain asbestos. This makes the likelihood of your Maryland home containing shingles with asbestos to be incredibly low.

Do Any Other Parts Of My Roof Contain Asbestos?

Even though asbestos was rarely used in the shingles themselves, it was occasionally used in other roof materials for its fireproof nature. There are a few roofing materials that are likely to contain asbestos if used before the 1980s. Mineral fiber is made of a mix of cement and asbestos fibers. Mineral fiber is green with a striated texture, so it is quite recognizable. 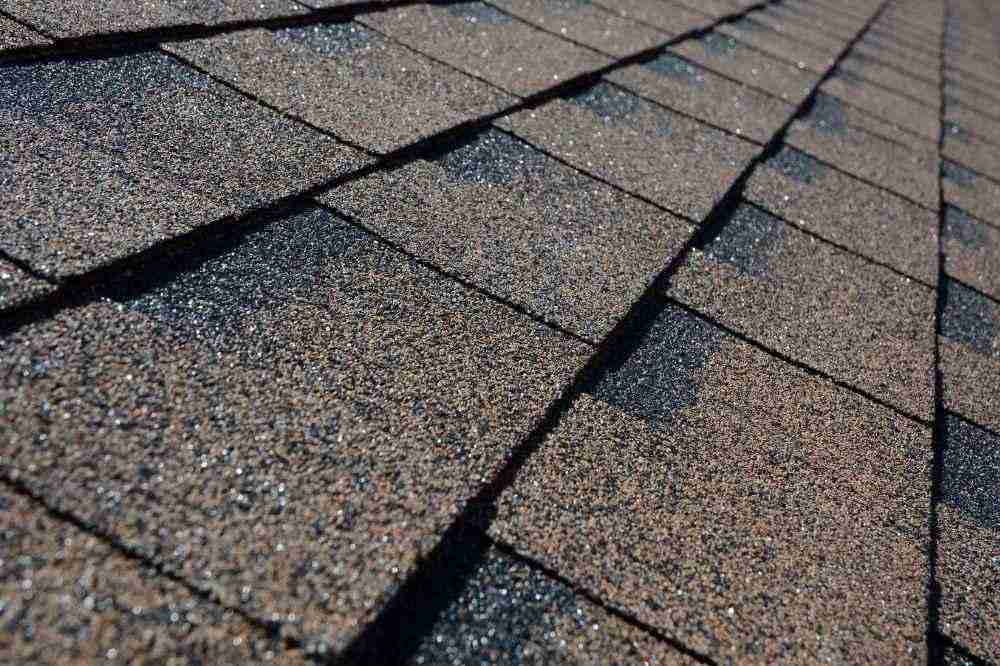 Asphalt tar paper is another roofing material that can contain asbestos. This black material is usually used as an underlayment. Corrugated cement panels were also used with asbestos fibers for a while. These panels were easily breakable and usually have a width of 12 to 48 inches. Lastly, different kinds of slate may contain asbestos fibers, which again can only be released when the slate is broken.

The most common roofing products to contain asbestos fibers are going to be tar and asphalt liquids, felt and underlayment, and various types of caulking, mastic, and sealant. Asbestos fibers may also be present in roof flashings, vents, flat-sheets, and corrugated roofing. Again, these parts of the roof can only contain asbestos if made before 1989.

Can You Shingle Over Asbestos Shingles?

The answer to this question is absolutely yes. Not only is this the most cost effective solution if you find your roof has asphalt shingles, it may also be the safest one. If your asbestos asphalt shingles are in good condition, you can easily shingle over them. Reroofing your shingles with a new layer will usually look just as good and last just as long as replacing it while costing you a lot less money.

If your asbestos shingles do become damaged, however, you will need to repair or remove them. Repairing them is a cheaper option, but should always be done by a professional to ensure there’s no risk of exposure to asbestos fibers. Removal of the shingles is the most expensive option that carries with it the greatest risk of asbestos exposure. Removal of asbestos shingles can only be done by a contractor with special training who can correctly dispose of the asbestos.

What Can Cause Asbestos In Roofing To Go Airborne?

Asbestos in roofing can go airborne when the material gets damaged or disturbed. When asbestos goes airborne, tiny asbestos fibers get released into the air. These fibers are microscopic, so small that you don’t notice when they’re around or if you breathe them in. They can also remain airborne for days, entering the surrounding environment and hanging in the air.

Asbestos can also go airborne if the roofing material is removed improperly, which is why having a trained contractor remove asbestos shingles is so important. Trying to remove or repair shingles on your own can have disastrous results for both your health and the health of your family. The best thing to do if you have asbestos shingles is to either leave them alone or pay a qualified contractor to take care of it for you.

Do Houses Built In The 70s Have Asbestos?

More likely than not, the answer to this question is no. Asbestos first began to be identified as a health risk when the condition asbestosis was discovered in the 1930s, and regulations began to pop up as it became linked to more health risks. Federal asbestos regulations increased in the early 1970s, and the EPA began a 10-year study on its negative health effects.

The widespread unpopularity of asbestos, combined with regulations that sought to phase it out of many products, led to manufacturers turning to materials such as amorphous silica fabrics or cellulose fiber. Random testing of roofing shingles have been done all over the country by asphalt shingling recyclers. From the random testing done of asphalt shingles in five different states, only 3 samples tested above 1% for asbestos.

Asbestos is obviously a scary thing. Ads for mesothelioma still circulate, warning homeowners that their new dream home may be riddled with carcinogenic poisons. However, Maryland homeowners don’t need to worry about whether or not their roof shingles contain asbestos.  The likelihood is incredibly slim, especially if your house was made after the 1970s.

Asbestos shouldn’t be a concern for homeowners looking to replace their roofs. At American Choice Exteriors, we employ qualified contractors with the experience necessary to handle your roofing needs. We can handle all of your roofing needs to ensure that you get the dream home you deserve. 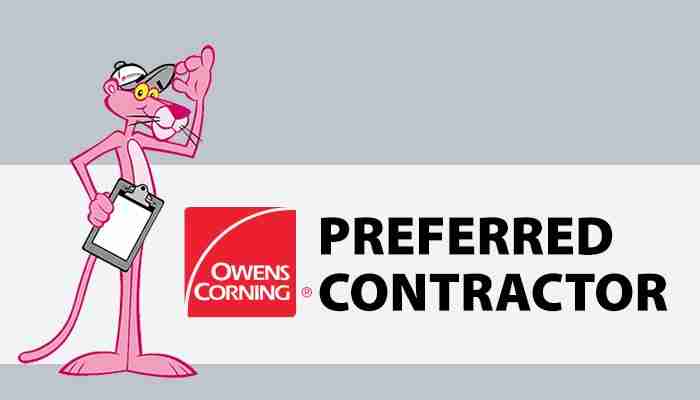